Pieces by Bach and Telemann. 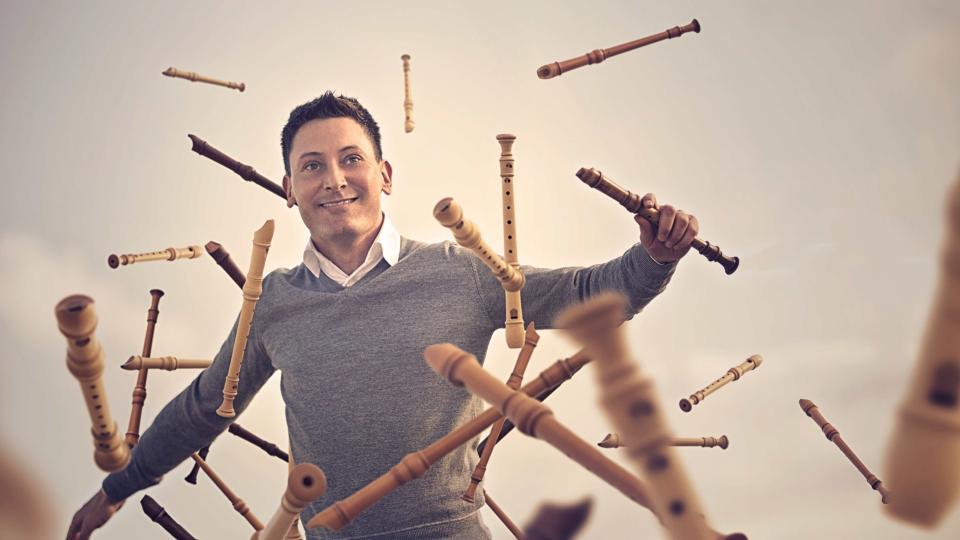 Pieces by Bach and Telemann.
The recorder player Maurice Steger and the La Cetra Baroque Orchestra Basel are musicians who enjoy international renown for their interpretation of baroque works. In the Theater Casino Zug, they will present pieces by Bach and Telemann that place the recorder at the center. Experience an extraordinary concert that lets this instrument sing, jubilate and narrate in all its facets of baroque expressiveness.

Some of the works are performed in virtuoso arrangements, such as Bach's Ricercar from "Musical Sacrifice", for which the vocal parts were replaced by instruments without further ado. In the large solo concerto, Maurice Steger plays the flûte pastourelle, a third flute in A. For Georg Philipp Telemann's "Sounding Geography," long considered lost and only discovered in the mid-20th century, the musicians take the audience on a musical journey through Europe.