Zug is a cherry canton. To mark the opening of the cherry season the «Chriesigloggä» (cherry bell) of St. Michael's Church peals. 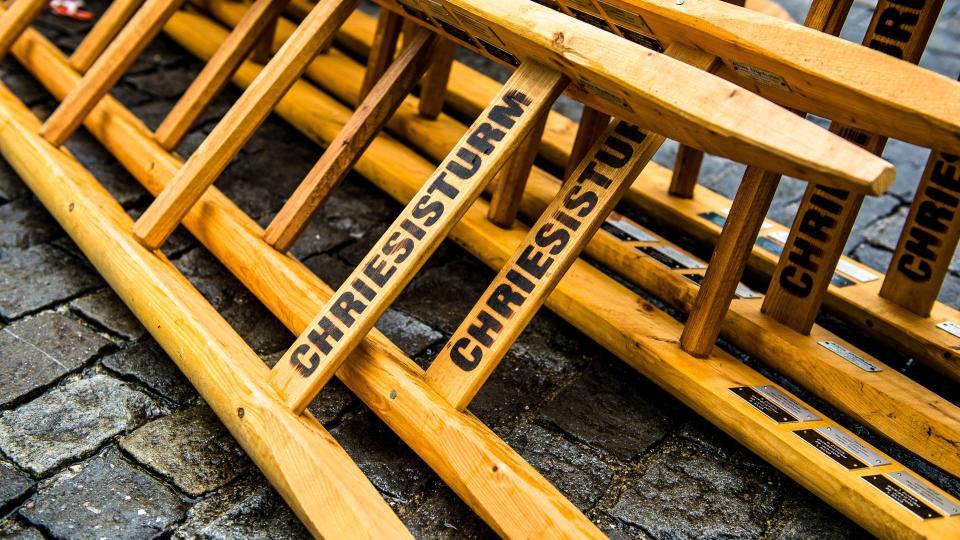 Zug is a cherry canton. To mark the opening of the cherry season the «Chriesigloggä» (cherry bell) of St. Michael's Church peals.

This amusing-looking race harks back to an age-old tradition. The canton of Zug is renowned throughout Switzerland for its cherries, for nowhere else do the “Chriesi”– as they are called in the local dialect – thrive so well. Already back in the 18th century, the “Chriesigloggä” (cherry bell) announced the start of the harvest on the Allmend – an area of communal orchards with countless cherry trees.

When in June the large bell rang out for the first time at noon, the people of Zug knew that the cherries were ripe and ready for picking. Armed with long wooden ladders and “Chriesihutten” (baskets that were carried on the back), they rushed off to the Allmend to pick the sweetest and best fruit. Picking before the bell sounded was strictly forbidden and perpetrators were punished. The custom fell into oblivion in the 20th century due to a decline in the cherry tree population. In 2009, however, the tradition of “Chriesisturm” was revived, and this spectacular race through Zug’s Old Town once again celebrates the beginning of the cherry-picking season.

On the day of the "Chriesisturm" there is the “Chriesimärt” on the Landsgemeindeplatz in Zug. This cherry market sells many different and rare cherry varieties. Also well worth a visit is the Zuger Kirschtorten Museum in the “Treichler” building, where the original Zuger Kirschtorte was invented. Here there is naturally also a chance to sample some cherry cake.