The Villette country home in Cham was built 1865-66 for the Zurich banker and art patron Heinrich Schulthess von Meiss (1813-1898). 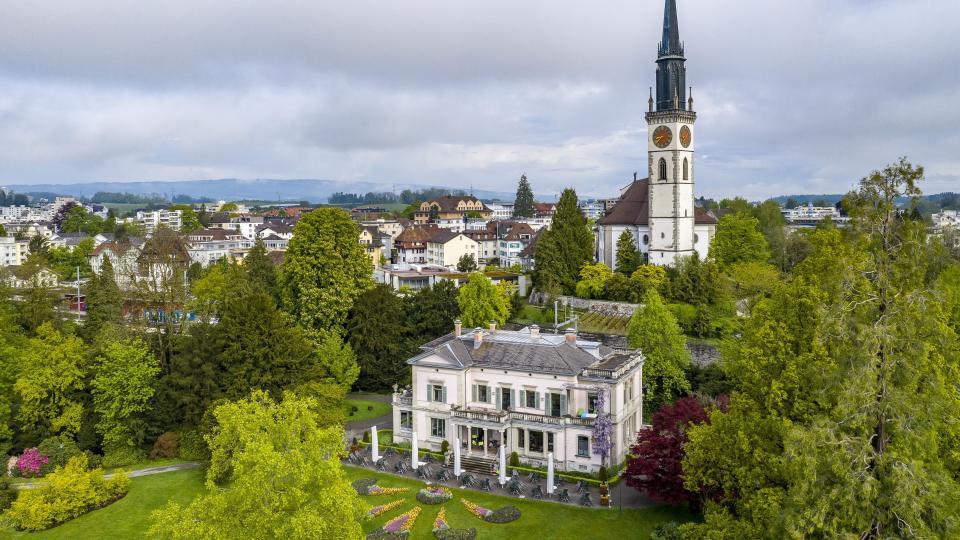 The Villette country home in Cham was built 1865-66 for the Zurich banker and art patron Heinrich Schulthess von Meiss (1813-1898).

Construction and design of the villa and park are historically linked to the construction of the railway between Zurich and Lucerne. The lakeshore site and small peninsula Inseli were inspired by the English style and created in part with soil taken from Kirchbüel hill.

The construction manager selected the Zurich architect Leonhard Zeugheer (1812-1866), one of the most renowned architects of the 19th century, who built the villa in an Italian new renaissance style. Like the castles in the baroque period, the villa was built as a single unit. The spacious park area consisting of 46'410 m2 with the magnificent old trees is typical for the 19th century architecture.

In 1981 the city of Cham was able to acquire the park and villa. A few years later in 1986, the Foundation Villette Cham was created, so this historical building would be preserved, made available to the public and could be used to host cultural and lifestyle events.